As a member of Actors’ Equity, Tacey Adams has performed in regional theatres from the Kennedy Center in Washington, D.C. to the Laguna Playhouse in California. However, since earning her SAG card and moving to Los Angeles, she has concentrated on film and television. Recent TV includes ALL RISE, S.W.A.T. and the pilot of GHOSTS for CBS, SIDE HUSTLE and DANGER FORCE for Nickelodeon, THE ROOKIE for ABC, GOOD GIRLS REVOLT, SCANDAL, GREY’S ANATOMY, AMERICAN HORROR STORY and numerous others. Films include the upcoming GRQ, A HARD PROBLEM, and Nick Cannon’s SCHOOL DANCE. She also voiced the character of Mrs. Marshall in Crypt TV’s horror podcast, MORDEO. Tacey has a doctoral degree in music and, in addition to her work as an actress, teaches private voice and piano lessons and serves as a vocal coach/accompanist for students of all ages. 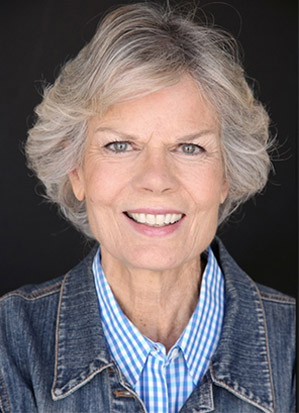 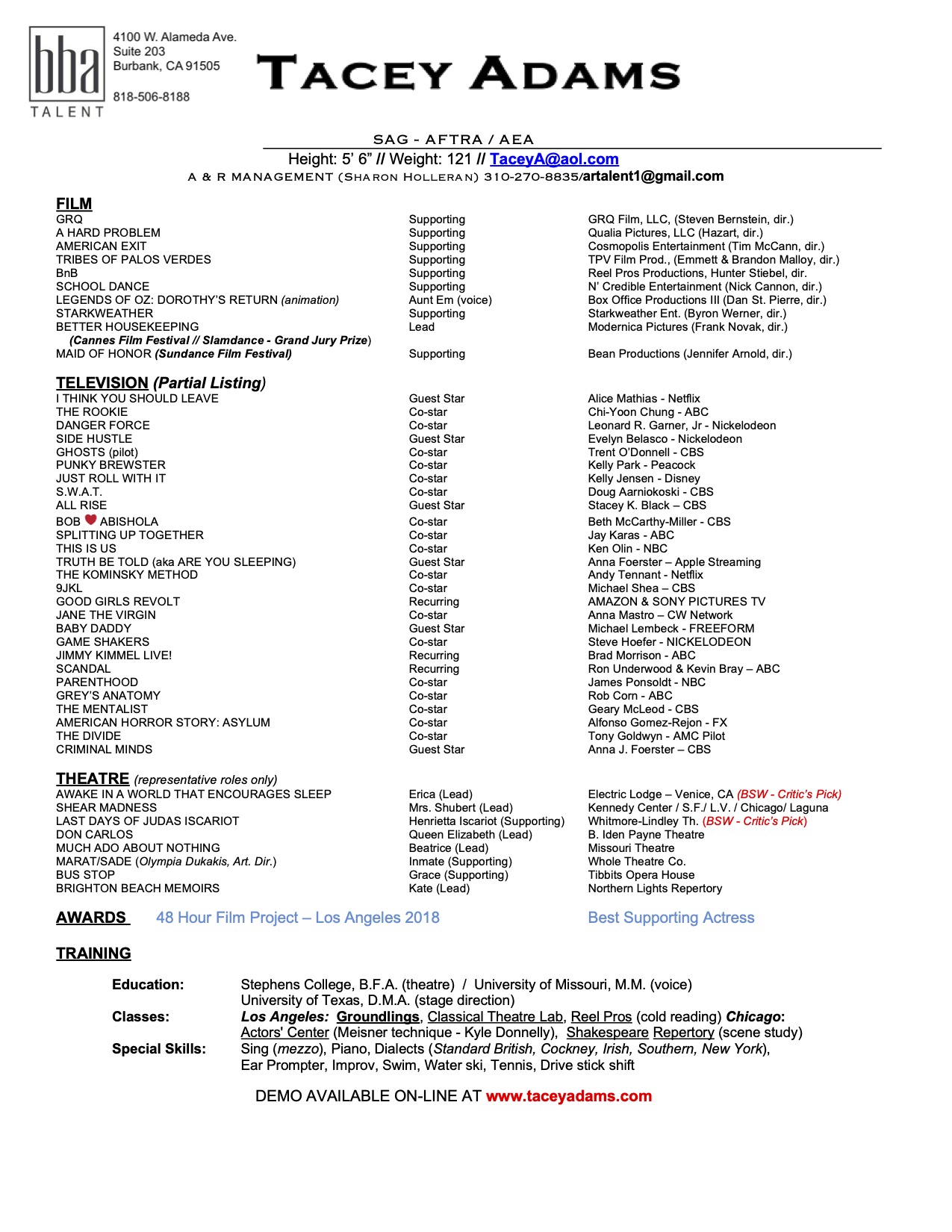